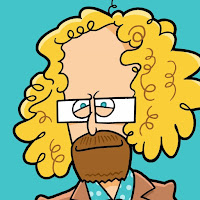 This is the strength of Jaworski’s definition: it moves libertarianism away from purity tests and purges and instead allows for a sort of pluralism within libertarianism and accommodates the many different and even disparate missions that libertarians pursue.

It is useful to have such a broad definition in part because it helps to explain why two libertarians are sure to have three opinions on any given subject, without forcing us to apply a litmus test to everyone we come across.

This definition might also raise interesting questions about the intellectual history of libertarianism. Is there one? Or does each libertarian, depending on their political morality, have an intellectual tradition to which they subscribe? I’m not really sure how to answer these questions. But I do like the definition and hope it catches on. Here it is.

“If I might take the beginnings of a stab at a definition: distinguish political morality from public policy. Libertarianism, in the broadest sense, is a public policy that endorses the libertarian set of political institutions for *any* reason. (What, precisely, constitutes that set I’m not yet sure about. It will be a range from no institutions; to military, courts, police; to those plus some social insurance/safety net.)

“People need to bridge the ought-state gap (TM). There is a gap, filled in by empirical facts, between what we owe to each other (if it’s a positive, rather than negative, obligation), or what our moral duties are, and the institutions that we believe will realize or discharge those obligations. Since obligations are multiply dischargeable, the claim that the state should be the institution to do it requires it to meet a pretty high evidentiary burden.

“Notice that you don’t need to give a damn about liberty at all and still count as a libertarian. Notice you can be pro-Borg hive-mind and, with some empirical beliefs, come out endorsing libertarian institutions. That makes you a libertarian. Full stop.

“Libertarianism as a political morality is what [Stephan] Kinsella has in mind. You only count as a libertarian here if you’re down with NAP (or get to that without thinking it axiomatic or whatever). Nozick, Rand, Rothbard are like this. They bridge the ought-state gap (TM) by logical necessity. I don’t need any empirical beliefs to get to libertarian institutions because these moral views guarantee/require these and no others. I’m not this kind of libertarian.”